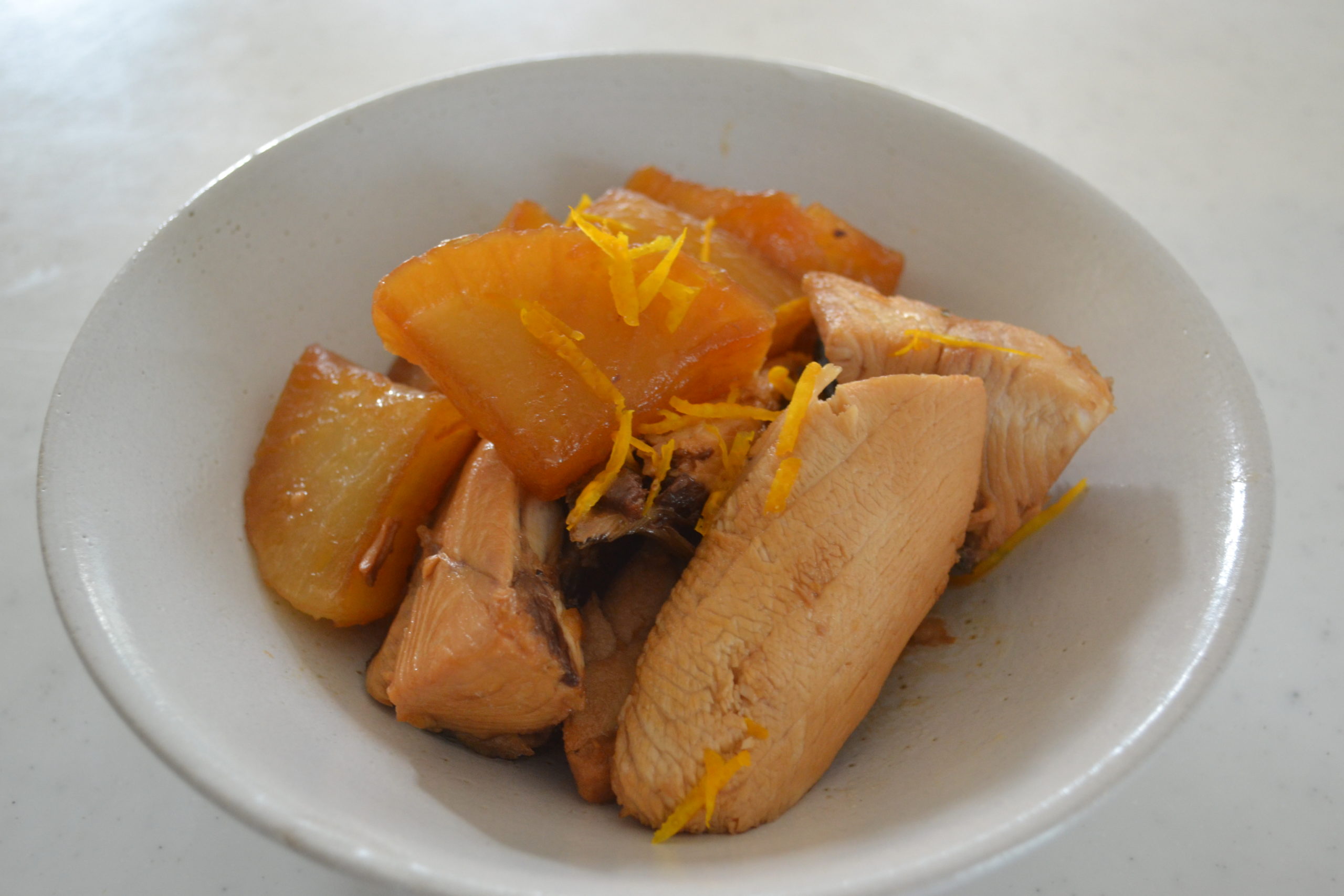 Simmered yellowtail and Daikon radish is a classic Japanese-style homemade dish eaten mainly in the wintertime when it’s peak season.

The yellowtail using here is a scraps and head part.

It’s a kind of ugly delicious, but taste so so good.

This is the part that the leftover from the yellowtail, fine cuts are already taken away, but the most delicious part.

I’m going to show you how to remove the fishy smell from the yellowtail and the tips of preparing the Daikon the most deliciously.

The dish is really good with a bowl of hot steamed rice. It tastes so good.

It doesn’t seem like beautiful Japanese dishes, but it a homemade.

We don’t want this dish to be looked beautiful or pretty.

We just want this dish to be delicious and comforting.