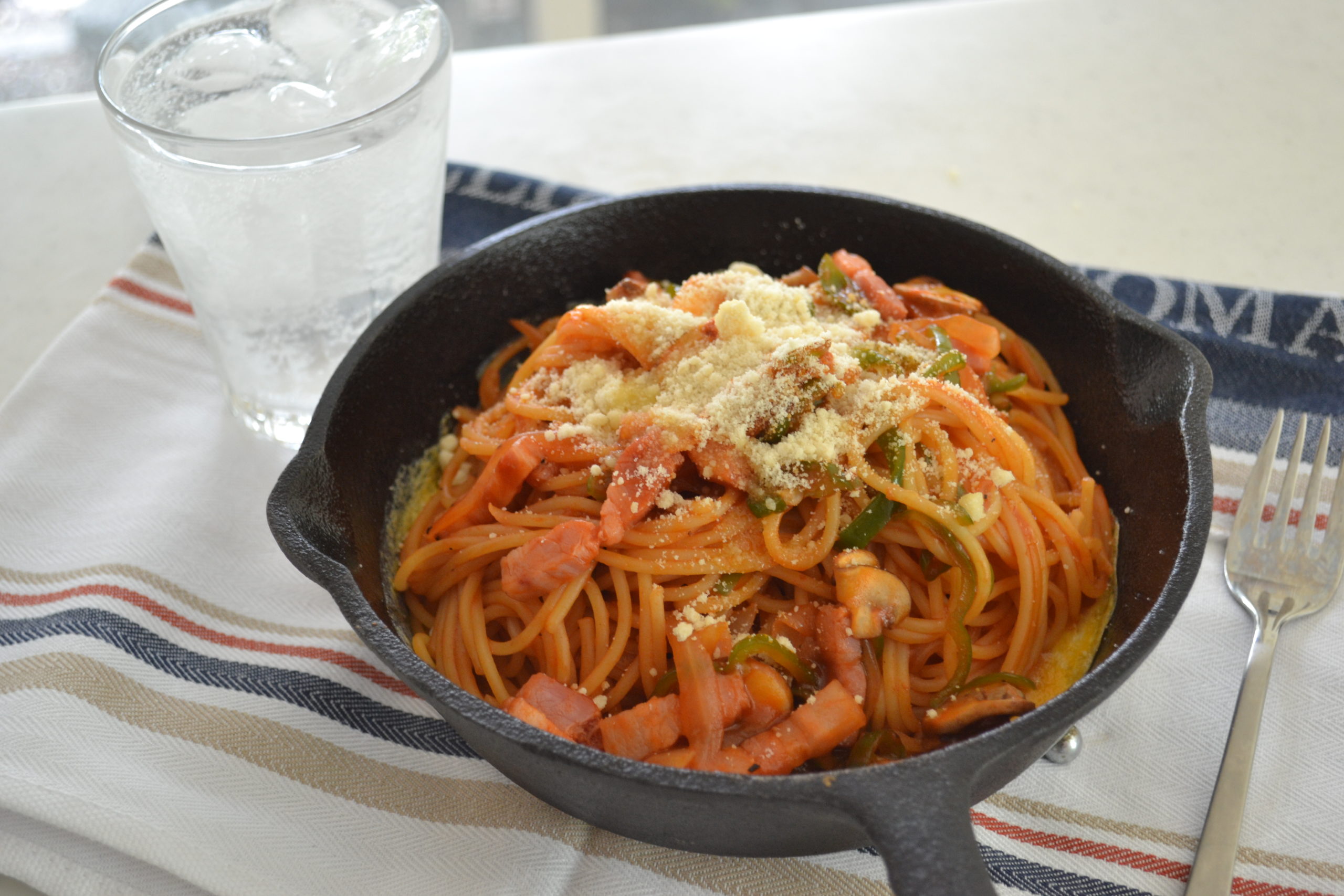 What is Japanese “Spaghetti Napolitan?”

It’s a Japanese take on a pasta dish, season with a lot of ketchup.

You can make it in 15 mins with pantry ingredients. It is so delicious and addictive!

I like to serve with a thin omelet underneath the pasta to make it unique, and it’s a copycat recipe from a famous restaurant.

It’s a very popular pasta dish in Japan and, of course, nothing to do with Naples.

Nostalgic comfort food for us.

The spaghetti Napolitan is a typical Western-style Japanese cuisine.

While we eat “Udon noodles” or “Soba” made with traditional Dashi broth, rich and ketchupy pasta dish blew our mind.

It’s full of flavor and texture.

The sauce is sweet and sour, spaghetti is bouncy, the omelet gives it a good twist.

It brings me back of my childhood memories.

My father uses to take me to a traditional Kissaten (Japanese-style cafe) to have Spaghetti Napolitan. That was the moment that I feel I am having a special dish.

I hope you will give this recipe a try! 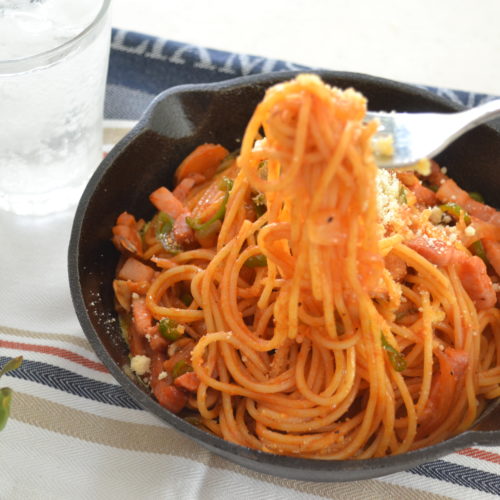