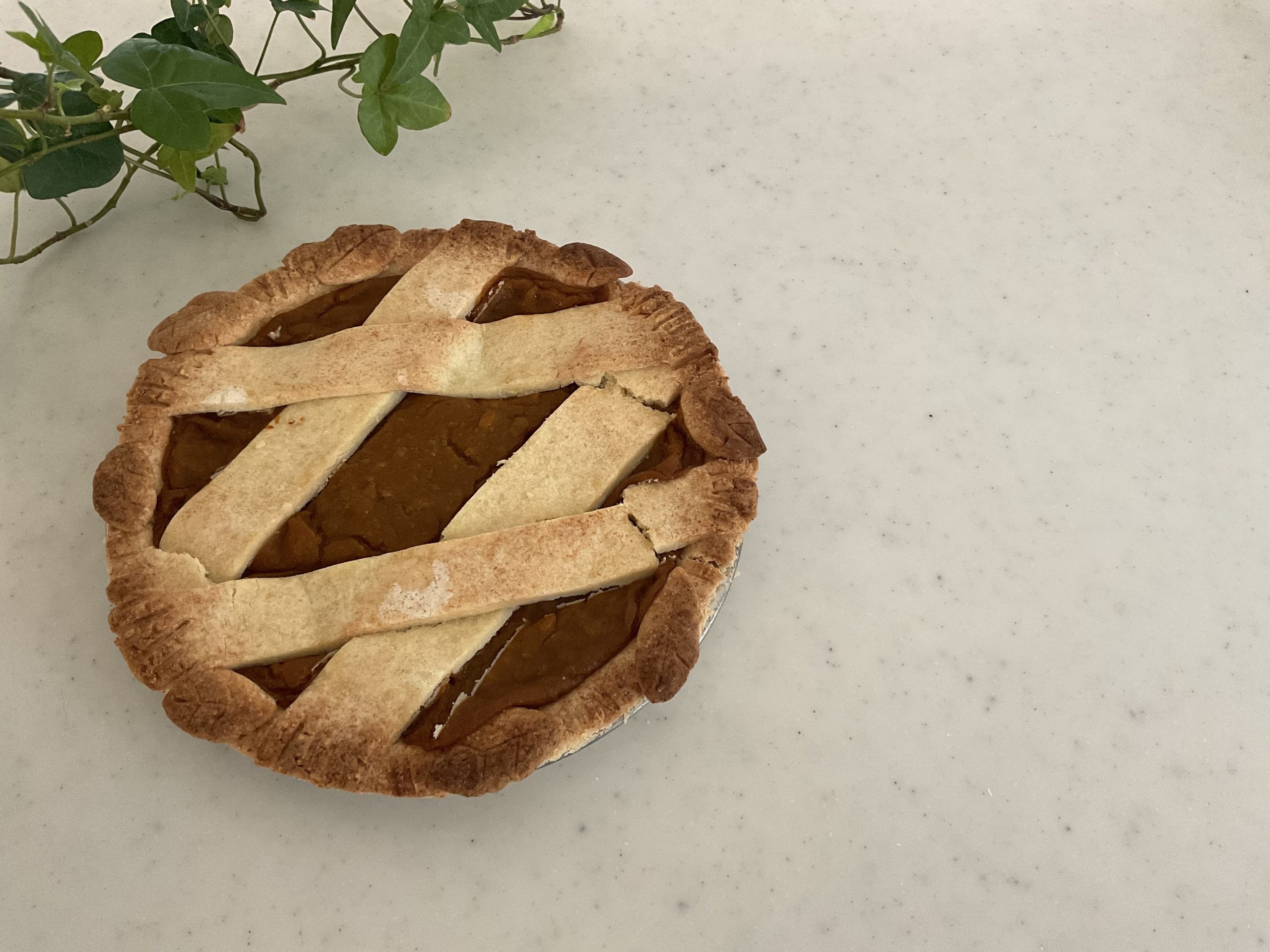 Today I want to share with you, My gluten-free, vegan pumpkin pie recipe.

I have so many requests for vegan or gluten-free recipes through all of my media.

I’m not sure which vegan recipe is good

I think you are constantly seeking trustworthy delicious vegan pie recipes on the internet.

I’m not sure which vegan recipe is good; some recipes call for special ingredients that are not affordable for daily use. And I don’t want to use any vegan binders that are not found in an ordinary household.

So I made it with rice flour and a little bit of almond flour to make it tastier.

I think I nailed it!

This pie is for everyone who wants a Thanksgiving-worthy pie.

Tips and tricks to bake a perfect vegan pie

There are some tips and tricks to make a good gluten-free vegan pie.


Because it doesn’t contain gluten, the dough is not perfectly binding together.

1) Work quickly by using plastic wrap to keep its shape.

2)Pre-cook the filling instead of pre-bake the crust.

Usually, I pre-bake the pie crust, but I didn’t do that because it is so fragile.

What am I going to do?

Instead of pre-baking the bottom crust, I cooked the filling to reduce the excess moisture.

It worked so well!

Contrast the filling against the crisp crust is so good!

Serve this to all of your guests this Thanksgiving and become the hit of the party.

After taking it out from the oven, cool to room temperature and chill in the fridge for at least a couple of hours.

Preferably overnight to set the filling.

It is fragile so do not take the whole pie out from the plate.

Cut into the desired size inside the pie plate. 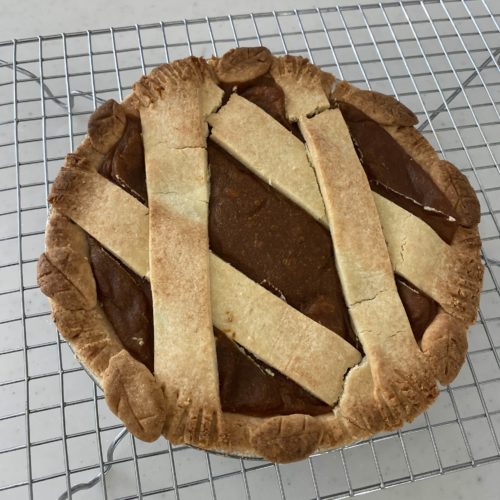