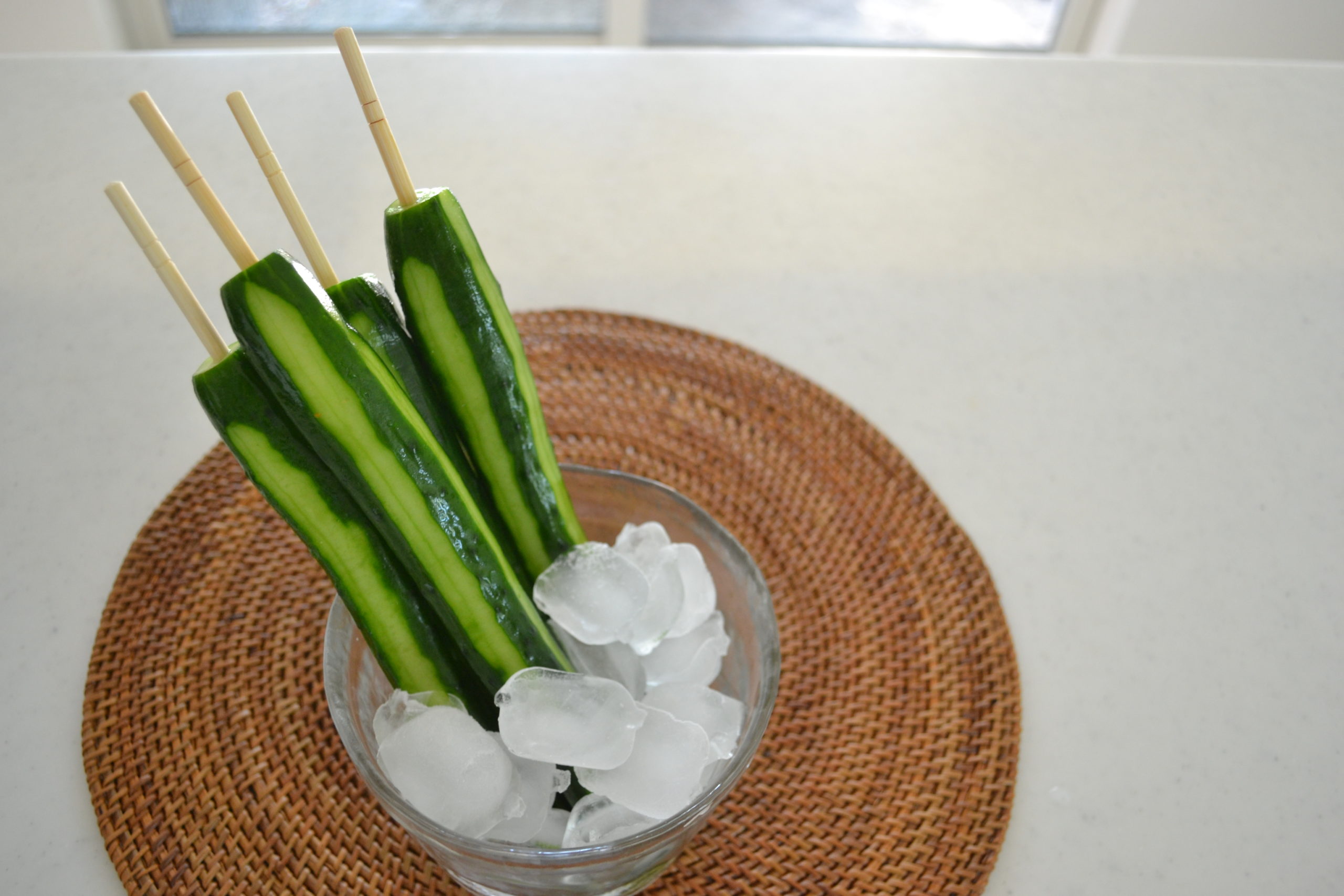 It’s been a while since we have lost annual events like summer festivals.

This is my favorite festival food that is refreshing and low in calories, and nutritious.

There are not many good foods for your body that you can find at any festival, but this is an exception.

Japanese summer is hot and humid, and cucumber cools your body temperature and regulates body function.

It’s a handy food, so your kids will love it, and if kids don’t like to eat vegetables, this is a good start.

And it could be a good side dish for a summer barbecue.

The ingredients are so simple.

You will need cucumbers, half a teaspoon of sugar, and 1 teaspoon of salt, one piece of chili pepper, and Kombu-cha powder.

This is not a fermented drink that is popular in the United States, but this is powdered kombu kelp.

Usually, we dissolve in hot water and enjoy tea time. It has a lot of Umami to it and often uses as seasonings.

You can find Kombu-cha at the Japanese grocery store, but you can replace it with dashi powder or a piece of dried kombu kelp. 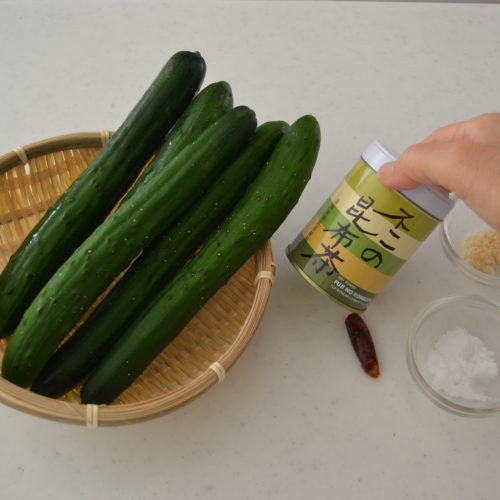